What are you looking for?

Featured in this months AUSPAN INFORM is:

Last Wednesday was a highlight for the team at AUSPAN - attending the official opening of the new Katanning Regional Saleyard facility was something that we have been looking forward to.

AUSPAN supplied the complete structural steelwork for the 44,000m² roof cover.  The facility has been labelled the 'Largest Undercover Sheep Selling Complex in the Southern Hemisphere'. 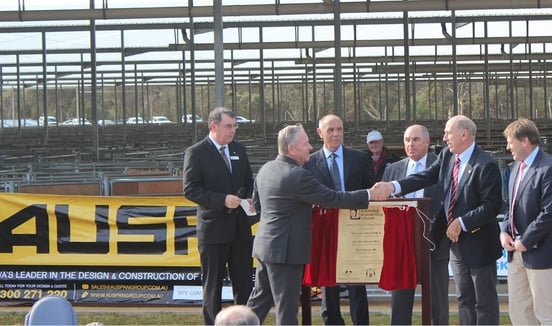 'Premier Colin Barnett and Agricuture and Food Minister Ken Baston were there to witness the event.

Huge crowds gathered to see an impressive yarding of nearly 20,000 sheep in the first ever sale at the facility.

Vendors, buyers and members of the public were all impressed with the new yards. Comprising a massive 1012 pens under 4.4 hectares of roof, the new complex is the only facility in Australia with water in all pens and it is capable of trading 1.5 million sheep annually.

Mr Barnett said he was pleased to be in Katanning for the opening and congratulated the shire for its work in overseeing the project.

"The State Government has put $17 million into this facility, firming our commitment to the future growth of the livestock industry," he said.

"These saleyards are enormous, and this is the largest under-cover sheep market in the southern hemisphere.

"The improved facilities replace Katanning's out-dated saleyards, giving sheep producers in the Great Southern access to state-of-the-art facilities." Mr Baston said he had been very impressed when he was given a tour of the almost complete saleyards in April but to see them full of sheep, owners and buyers only added to the atmosphere.

"This facility represents a tangible commitment by all levels of government to the sheep industry in the region, which is important following a period of declining sheep numbers,'' he said. The local shire and community have used great initiative to deliver this project below initial cost estimates and to bring other benefits to the region.

What Are you waiting for?

Your Building Project Simplified.
On Time & Delivered Right. Created Uniquely for YOU. 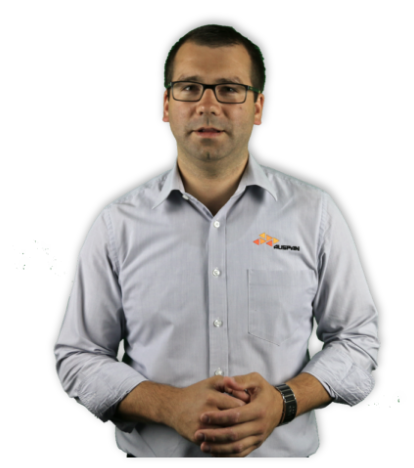